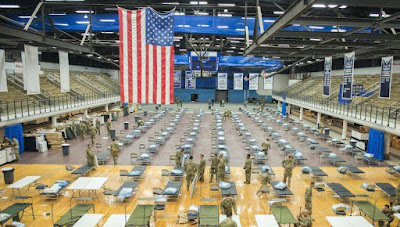 HARTFORD, Conn. - A 7-week-old baby who died at a hospital in the Hartford area had the coronavirus, Connecticut Gov. Ned Lamont said Wednesday. The cause of death is unknown.

The unidentified child from Hartford was unresponsive when taken to the hospital recently and could not be revived. The infant tested positive during a postmortem exam for the virus that causes COVID-19, said Josh Geballe, the governor's chief operating officer.

Dr. James Gill, the state's chief medical examiner, said the infant had no other known medical conditions. An autopsy has been done but more tests are needed before a cause of death can be determined, he said.

"That baby was less than 7 weeks old. And just a reminder that nobody is safe with this virus," Lamont said at a news conference after touring a temporary hospital set up at Southern Connecticut State University.